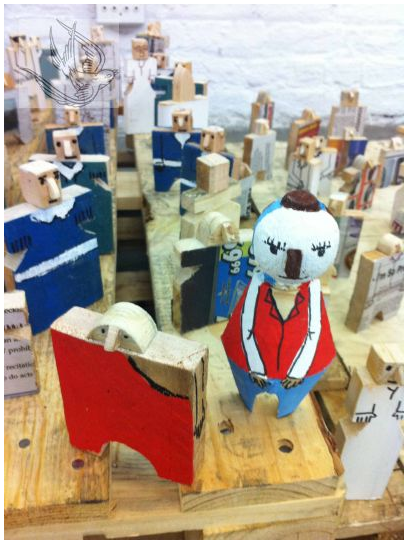 From 'Fragments from the city' @ Goethe on main, Johannesburg - Abdulrazaq Awofeso (2011)

Opening next week at Fred [London] is a new show from Lagos-born, Johannesburg-based artist Abdulrazaq Awofeso. Featuring small figures carved from pallets left lying around near the artist’s studio, the exhibition was originally put on at GoetheonMain, the Goethe Institute’s newish experimental space in Jo’burg. Awofeso’s figures are intended to call to mind a kind of prayerful army, but also, in their fragility, act as a warning against literal readings of the holy scripture, which could be “enough to topple this multitude standing in file into an apocalyptic human heap”.

Opening hours:
Wed-Sun, 12-6 or by appointment